Then mixed with the enthusiastic cacophony of masse, 21 cannon shots heralded the historic gloom of change.

A moving ceremony crowned by the courtly hugs of Felix Tshisekedi and Joseph Kabila; the Congolese had never experienced such a peaceful change of power after elections. The electoral process was financed completely by themselves without no external monetary or logistical support. Never before the DRC, prey to wars and upheavals, and with endemic coups at the head of the state, was hoping to see a civilized transfer of power.

Joseph Kabila, by his departure from the front door, goes down in history as the first President to leave the presidential chair head high.

“59 years after independence, the DRC is experiencing its first democratic transition between an outgoing President-elect and an incoming President,”stressed Tshisekedi in his long message.’

In his very first message, Felix Tshisekedi, after having sworn an oath, promised the construction “of a Congo for all, without tribalism, without discrimination and exclusion”. He invited the crowd and guests to stand up for a minute of silence to heroes and architects of sovereignty: Joseph Kasavugu, first president of the president of the Congo and the hero and first elected Prime Minister Patrice Emery Lumumba. He extended his tribute to Late President Mobutu for promoting the return of the cultural authenticity and keeping the national cohesion. Later he praised the late President Laurent Desire Kabila for his patriotism and popular motto: “la patrie ou la mort”; the homeland or death. Finally, a special tribute solemnly paid to his deceased father Étienne Tshisékédi, historic figure of the Congolese opposition.

In addition, he hailed the unfortunate candidates for the presidency, especially Martin Fayulu, a former Exxon-Mobil executive, contesting the election with the support of the “international community”. He gave a salute to Emanuel Shadari, the candidate chosen by Kabila’s political clan; and a special thanks to Vital Kamerhe, former president of parliament turned opposition leader  who without his alliance, Tshisekedi’s victory could have been uncertain.

The president-elect warmly congratulated his predecessor, President Joseph Kabila, who “engaged the country in the reunification process and democratic alternation”.

Born on July 4, 1971; in power since January 17, 2001 following the assassination of his father Laurent Désiré Kabila. Since the accession of this country to independence in the 1960s until yesterday, the Congo has never known the peaceful transference of power.

Joseph Désiré Mobutu toppled his namesake Joseph Kasavudu , 5 years after the 1960 independence. He was himself overthrown in 1999 by Laurent Désiré Kabila after 32 years of reign. In 2001, his own bodyguard assassinate Kabila after 4 years in power. His son Joseph Kabila now 48 years, after 18 years of rule, has just passed power following a paradoxically “free and transparent” election to the son of former historical opponent Felix Tshisekedi.

The ceremony was cut short when Félix Tshisékédi fainted shortly at the end of his speech. A large movement of mobs ensued as relief workers and security forces tried to extract the new president. Some evoke overwork or emotion but nothing serious.

In conclusion, the Congolese people voted to reject the Kabila regime first, before anything else. Today it is a new era for some or continuity for others, but for sure it is a new chapter in Congo’s history. Between the euphoria of joy and consternations, the DRC holds its breath. 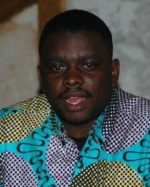 Raïs Neza Boneza is the author of fiction as well as non-fiction, poetry books and articles. He was born in the Katanga province of the Democratic Republic of Congo (Former Zaïre). He is also an activist and peace practitioner. Raïs is convener of the TRANSCEND Network for Peace Development Environment for Central and African Great Lakes and uses his work to promote artistic expressions as a means to deal with conflicts and maintaining mental wellbeing, spiritual growth and healing.  He has travelled extensively in Africa and around the world as a lecturer, educator and consultant for various NGOs and institutions. His work is premised on art, healing, solidarity, peace, conflict transformation and human dignity issues. Raïs work also as freelance journalist based in Trondheim, Norway. You can reach him at rais.boneza@gmail.com. http://www.raisnezaboneza.no