Listen to Your Mother: Nobody Should Be Too Rich or Too Poor 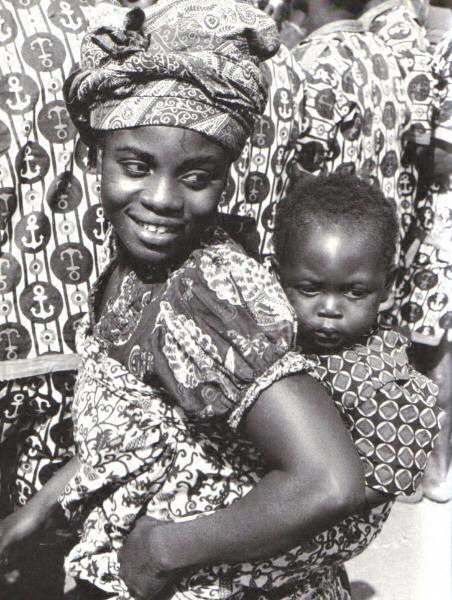 The wisdom of our mothers and mothers’ mothers from the dawn of time is reverberating throughout the cosmos, “What part of share the resources of the earth don’t you understand?  Why aren’t you challenging the sanctity of private property rights at the top and making sure nobody is too rich or too poor?”

Our mothers carried us in the womb and brought us into this world, introducing us to the magical healing power of tender human touch.  They immersed us in unconditional love, empowering us to face the many challenges of life.  They taught us to communicate with words and actions, to resolve conflicts without inflicting pain on others.  Our mothers taught us to share with our brothers and sisters.  Well, maybe not all mothers were able to do all of that, but they did their best.  We forgive them and still love them.

When mothers teach their children to share they start by setting a good example, taking no more for themselves than they would grant others and often taking less so their children can be amply nourished.  They impart a strong sense of love and belonging, allowing for the cultivation of empathy and solidarity.

In the course of relatively recent human history (several thousand years or so) the lesson of sharing has been forgotten countless times for myriad reasons involving traumas, abuse, and disasters both natural and man-made.  As a result, young people growing up are exposed to greed-inducing practices like punishment, humiliation, shaming, judging, and winner-take-all competitions, that have become embedded in schools, churches, civic life and workplaces.  Even mothers with the best intentions often fall into the trap of over-reliance on carrots and sticks, sending the message that good deeds like sharing are a commodity to be traded rather than intrinsically valuable.

Our human family has over seven billion people throughout globe.  That’s a lot of relatives!  We often lament the multitudes who are oppressed and too poor, lacking good jobs, housing, food, education, health care and basic freedoms.  We’re also aware of the small yet powerful percentage of people who own assets worth tens of millions, hundreds of millions or even billions of dollars, in addition to their income, but we rarely consider the magnitude of those numbers.  Here’s how a mother might explain to her children what “too rich” looks like, using basic math and a bit of imagination:

NOW LET’S USE YOUR FAVORITE SNACK, THE CHOCOLATE CHIP COOKIE, AS AN EXAMPLE.  A CHOCOLATE CHIP COOKIE OF 10 CM DIAMETER AND 1 CM THICKNESS CAN BE PURCHASED FOR A DOLLAR AT THE BAKERY.  A ONE METER BY 10 CM BY 10CM BOX PACKED TIGHT WOULD CONTAIN 100 COOKIES, ENOUGH FOR SEVERAL CLASSES AT YOUR SCHOOL..  A CUBIC METER WOULD HAVE 10,000 COOKIES.  TEN MILLION COOKIES WOULD FILL A STRUCTURE THE SIZE OF A HOUSE TEN METERS HIGH, TEN METERS LONG AND TEN METERS WIDE..  A BILLION DOLLARS WORTH OF COOKIES WOULD FILL A HUGE WAREHOUSE FLOOR TO CEILING, TEN METERS HIGH, 100 METERS LONG AND 100 METERS WIDE.  THAT’S A LOT OF COOKIES FOR ONE INDIVIDUAL TO OWN WHEN MANY CHILDREN GO TO BED HUNGRY EVERY DAY AND NEVER GET ANY TREATS OR SNACKS.

COOKIES DISAPPEAR ONCE THEY’RE EATEN, SO LET’S LOOK AT AN ASSET THAT COULD KEEP ON GIVING:  HOUSES FOR RENT.  THE MEDIAN HOME PRICE IN THE US IS CURRENTLY AROUND $250,000.  (MUCH HIGHER IN POPULAR REGIONS).  ASSUMING A NET RENTAL INCOME AVERAGING $12,500 PER YEAR (AFTER PAYING TAXES, INSURANCE, REPAIRS, MAINTENANCE AND PROPERTY MANAGEMENT EXPENSES), A MILLIONAIRE COULD OWN FOUR HOMES, LIVE IN ONE AND RENT OUT THE OTHER THREE, RECEIVING $37,500 A YEAR WITHOUT LIFTING A FINGER.  MIGHT BE NICE FOR YOUR GRANDPARENTS WHO WORKED ALL THEIR LIVES AND WANT TO SUPPLEMENT THEIR OLD AGE PENSION.  SOMEONE WITH $10 MILLION COULD OWN 40 HOMES, NET CLOSE TO $500,000 PER YEAR, LIVE LAVISHLY ON HALF THAT AND USE THE OTHER HALF TO BUY YET ANOTHER RENTAL HOME AND KEEP GETTING RICHER WITHOUT WORKING AT ALL.  WITH $100 MILLION AND 400 HOMES, YOUR NET EARNINGS SOAR TO NEAR $5 MILLION PER YEAR, AND A BILLIONAIRE WITH 4,000 HOMES RAKES IN JUST SHY OF $50 MILLION PER YEAR.  WHO NEEDS THAT MUCH WHEN BILLIONS OF PEOPLE DON’T OWN THEIR OWN HOME, CAN ONLY AFFORD TO RENT CRAMPED AND DILAPIDATED HOUSING, OR ARE HOMELESS AND SLEEPING ON THE STREETS?

NOW GO OUT AND USE YOUR COMMUNICATION SKILLS WITH YOUR FELLOW HUMANS TO COME TO A CONSENSUS ABOUT WHERE TO DRAW THE LINES BETWEEN HAVING A DIGNIFIED LIFE AND BEING “TOO RICH” OR “TOO POOR,” AND FOLLOW THROUGH ACCORDINGLY.

In our topsy turvy world, the vast majority of people appear to inexplicably consent to a cabal of oligarchs controlling most of the earth’s resources and refusing to share, finding it acceptable for a few dozen people own as much as half of humanity.

Wait a minute.  When one child grabs all the toys for himself and refuses to let his sisters and brothers have any, we intervene with an emphatic “that’s not OK!”  But when certain individuals are allowed to amass more wealth than they could possibly need or use in thousands of lifetimes, where’s the outrage?

The super-rich have become so adept at distracting and dividing the rest of us to keep us mired in clashes over all kinds of injustices—wars, racial oppression, patriarchy, partisanship, environmental degradation–that we often overlook the lust for power and profit at the root of every one of these evils. Hence, our most fundamental task is to make sure nobody is too rich or too poor:

Both of these tasks are incompatible with the capitalist-driven regimes governing most of the world.  Many governments, including the US, that are democracies in name only, pay a lot of lip service to (2), with no intention of ever fully implementing it.

When it comes to (1) –challenging the sanctity of private property at the top—just voicing those words, let alone advocating or implementing them is a cardinal sin according to power elites.  Absolutely unforgivable.  Even after their excess assets are expropriated, via a hefty wealth tax or other means of forced redistribution, the formerly super-rich would still have ample means for a good life, so there is no logic at all to their greed and fear of losing the gravy train. Governments bought and paid for by oligarchs and big corporations have no problem expropriating folks at the bottom on flimsy grounds–foreclosing homes, seizing cars, raiding bank accounts.  But the ill-gotten and obscenely excessive gains of those at the top are sacrosanct.

In the economic crises of 2008 and 2020, the US chose to bail out rapacious private financial institutions, leaving many foreclosed homeowners and unemployed workers hung out to dry.  The current COVID-19 crisis is being exploited by “the dysfunctional and violent psychology of the global elite,” who seek to consolidate their domination and control over our lives, ushering in a new high-tech era of increasing surveillance, robotics and social isolation as people are conditioned to view each other as potential biohazards rather than kinfolk and comrades in our human family.

Wherever bottom-up social movements have gained traction, the ruling elites have swiftly intervened with overt and covert sabotage. This has happened to varying degrees with iterations of socialism, communism, the election of Patrice Lumumba in DRC, the Poor People’s Campaign led by Dr. King, the Lavalas Movement in Haiti and the Bolivarian Revolution in Venezuela, as examples.   Their tools include massive propaganda campaigns, flattery, threats, lies, co-optation, infiltration of organizations to cause divisions, economic warfare, violent military attacks and assassination of charismatic leaders.

Cuba has survived these dirty tricks—a shining example of a revolutionary government walking the talk when it comes to healthcare, education, housing and making sure everyone can live a dignified life, despite being subjected to 60 years of crushing economic sanctions, which, if lifted, would substantially raise living standards.  Cuba has no billionaires or even multi-millionaires.   If Cuba can do it, so can we!  In the Americas, Africa, Asia, Europe and Oceania.

I invite all social movements and caring people–on the left, right and center–to join in a unifying rallying cry to smash private property supremacy at the top and proclaim nobody should be too rich or too poor.  It’s time to expropriate the excess wealth of the super-rich, redistributing and collectivizing it among state-owned enterprises, worker-owned cooperatives, and public services, supporting a modest amount of private possessions for all individuals.

The house we can all live in has a quality-of-life floor with a minimum material living standard and a ceiling of maximum material personal wealth, constructed on a stable foundation of “equi-archy,’ and surrounded by a beautiful garden, open to the sky, where everyone could enjoy unlimited intellectual, social and cultural wealth.

Encourage everyone you know to join in this chorus.  If enough of us speak out they cannot silence us all.  We are energized by our sense of fairness and justice, our love of community, our close relationships with family, friends and comrades.  In honor of Mothers’ Day, another potent motivator can propel us forward and make us unstoppable.  Let’s tap into that primal, renewable power source generated by a mother’s love.

During my 70 years on this earth, certain moments have touched that spark in the depths of my soul–unconscious memories of my near death at birth, when my mother never gave up and willed me to live–experiencing the miracles of birthing my two healthy daughters, cradling them in my arms overflowing with joy–sharing my daughter’s agony at losing her best friend to a fatal car accident–my sister and I accompanying our mother in her last days on this earth with love, tender touch, song and few words, endlessly grateful to her–coaching my daughter through a long and arduous childbirth, cheering her on for the final push and  her ecstatic shriek at holding her beautiful newborn–witnessing my niece’s anguished sobbing at losing her 16 year-old daughter to suicide, and holding her tight.

Look inside and find those spaces where you viscerally sense the potency of a mother’s love.  A power with the potential to overcome all misguided and destructive forces, if we band together. Let’s harness that invincible power together and make every day a Mother’s Day of revolutionary solidarity.

Marilyn Langlois is a member of TRANSCEND USA West Coast. She is a volunteer community organizer and international solidarity activist based in Richmond, California.  A co-founder of the Richmond Progressive Alliance, member of Haiti Action Committee and Board member of Task Force on the Americas, she is retired from previous employment as a teacher, secretary, administrator, mediator and community advocate.

This article originally appeared on Transcend Media Service (TMS) on 11 May 2020.