Nordic Countries and the Congo colonization By Raïs Neza Boneza 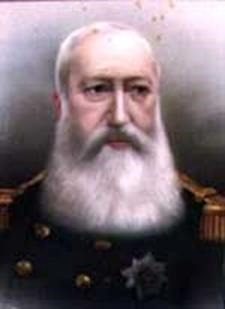 While the west and particularly in France, debates are centered on the positive role of Colonization, and exhibit in their museum, trophies stolen from native people around the world and in this case in Africa.

I am particularly struck by the November 2005 funded project ‘The Congo and the Nordic countries’, a joint project involving the ethnographic museums in Oslo and Stockholm, the National Museum in Copenhagen, the Finnish National Museum and the Swedish traveling Exhibitions. The Nordic countries have disown a rich collection of about 40,000 artifacts from the Congo, most of which have never been exhibited until recently. There are

amulets, powerful sculptures, and bundles of spears, artistic masks and musical instruments that were conserved in storerooms for decades. It is with stupefaction that the Nordic countries have decided to exhibit their trophies spoliated from the people of the Congo without concern or any consultation with the Democratic Republic of Congo. In this presentation, I will attempt to decorticate the process used by the Nordic but also Europe at large to dispossess the Congolese and Africans from their cultural inherithage by proudly hostaging their artifacts in their museums.

It is not by pure hazard that our world has experienced a “rapport de force” that has driven people to subjugate one another. It is known that colonization was motivated by several factors such as the territory, and economical factors “entre autre”, both casqued under an aggressive Christian missionarism. For more than five hundred years, melaninated (colored) populations around the world and particularly in Africa were not considered as being part of humanity. Montesquieu considered as one of the central figures of the “Age of Enlightenment” of the 1700s, a period which emphasized the power of human reason, science, and respect for humanity said once:

The colonial repression and the psychological motive behind colonization factors can only be defined as white supremacy better known as racism (at least in regard to the Non-white world). Neely Fuller, in 1969 explain that racism is not merely a pattern of individual or institutional

practice; it is a universally operating system of white supremacy and domination in which the majority of the world’s white people participate (both consciously and unconsciously). The deep motivation behind the European expansionism was earlier confirmed by the pope Nicholas V in 1454 who gave a decree legalizing spiritually, morally and lawfully the enslavement of million of Africans. Later in 1792, Denmark will be the first western country to abolish slavery.

From 1497 to 1523, a dominant power was formed under the union of Denmark-Norway- Sweden which preceded the establishment of Lutheranism as state religion in the region. The succession of unrest such as the Nordic Seven’s year war, the war of Kalmar or the Thirty year’s war between the period 1563 to 1660 come to the treaty of Copenhagen that will establish new frontier between Denmark, Sweden, and Norway. It is only until 1905 that Norway will win it total independence from Sweden after Denmark handed it earlier to Sweden in 1814. Then again despite the neutrality agreement between the Nordic countries with the outbreak of the First World War, Norway will capitulate to Nazism with the support of the Nasjonal Samling (National Union) Party leaded by Vidkun Quisling.

However, the fact is known that the “Normenn” where assiduous sailor, explored and settled areas of the North Atlantic, beginning in the 10th century. While this settlement process did not have the lasting effects that later settlements and conquests would have, it can be seen as a prelude to wide-scale European settlement in the Americas. Normenn were considered both a warrior and farming society from the region now known as Scandinavia (Nordic). They were also seafaring explorers who sailed beyond their homelands to not only raid, but build settlements in other parts of the world. The Danish Vikings went south towards Germany, France (Normandy), England, Spain, and into regions on the north-western Mediterranean coast. Swedish Vikings went to Eastern Europe, while the Norwegians sailed to Greenland and North America (Labrador, Canada). More of their exploratory prowess is chanted in the Norse Saga. Considering their sailing skill it is obvious that they did participate in exploratory expedition to Africa but also the slave trade which was using ship as transportation mean to bring Negroes over to plantation in the Americas.

En route to the Congo

Western private interest in Africa increased, the involvement of their governments multiplied. Systemically European conquest of Africa started already in the 14th century (1482) with Diego Cao, Portuguese adventurer under the contract of Leopold the King of the Belgian; reached the mouth of the river Congo. However the occupation of tropical Africa occurred into the second half of the century, European penetrated inland exterminated many people and subjugated many kingdoms. From 1880 to 1905, the Conference of Berlin organized by Prince Otto Edward Leopold von Bismarck partitioned most Africa among European power; the Scandinavian countries were represented by the union Denmark-Norway-Sweden.

In 1876 King Leopold II of the Belgians established the International Association of the Congo, a private company, for the exploration and colonization of the region. His principal agent for this task was Sir Henry M. Stanley. The Congo as a private domain of the Belgian King will experience a new era of spoliation, and mistreatment of the Congolese population mistreatments with the ironic support of churchmen. Nordic missionaries, members of the armed forces, seafarers and other adventurers were part of this bloody business affair.

At the end of the 1905 after the independence of Norway from Sweden, the Congo attracted more attention to mass of Group in the Nordic country where unemployment was at it picks. The Congo potentially one of the richest country in the world considering it natural and mineral resources, offered in those time the necessary rubber to supply the explosive car industry.

We remember that under its abusive colonization of by Belgium, the population of the Congo then estimated to 20 million decreased by half. It was then during that period that Nordic missionaries, members of the armed forces, seafarers and other adventurers took part on the exploitation and spoliation of the country. It is estimated that as many as 1500 Nordic citizens took part as accomplices in the Congolese exploitation. In an article untitled Norwegian and the Congo colonization, Espen Wæhle from the National Museum of Denmark wrote:

Nordic sailors made possible the colonization of the Congo. Up to 90% of those manning the ships (pilots, captains, mates, and engineers), harbors and shipyards were from Denmark, Norway, Finland and Sweden. Among the Nordic sailors two pioneers stand out: the Dane C.V.R. Schønberg & Dane/Norwegian J.A.C. Martini (Martini was born in Norway, his parents being Danish itinerant actors, throughout his career he some times claimed to be Norwegian and other times Danish). They signed up for the Congo already in 1886 and

manned primitive riverboats on many colonial expeditions and first sailings. Their book from the first years was the second book written by Scandinavians on the Congo. More than 1200 objects collected by Schønberg & Martini are still in museum collections. Their strategy to sell the large collection was unusual. They started off by arranging commercial and well- publicized Congo exhibitions at “Tivoli” in Christiania (Oslo) and “National” in Copenhagen. They later managed to sell most of the artifacts at a very high price (in Oslo possibly the most expensive collection ever bought by the museum).

Today’s symbolism behind the 40.000 artifacts exposed in Nordic Countries for the

The 40.000 artifacts from the Congo constitute a veritable trophy of war seeing the method used by Nordic nations to acquire them. The exhibition by the union – ethnographic museum of Oslo, Stockholm , the National museum of Copenhagen, the Finnish National museum – lie upon a deeply dolorous paradox considering that the majority of Africans and other indigenous people whom their creativity are celebrated; will never be allowed to set foot on those lands to see and venerate the memory of their ancestors.

The Aesthetic joint project of the Nordic countries, portrayed wrongly and cynically as–

‘When the Nordic countries went to the Congo, and the Congo came to the Nordic countries’ or as a cultural dialogue behind the beauty of the artifacts– can only remind us of the humiliations and the suffering that we, as Africans and Congolese have endured and continue to endured until today. The sculptures are for no use in these shameless museums when the west with its structure build from spoliation continues to perpetuate it structural repression through it different aid, humanitarian, and development agencies ramified to other organization such as IMF, N.A.T.O, G8 et consort...

The so-called politely “western world” has sophisticated and has changed it techniques of enslavement through imposing an abusive marketization which bring to massive subjugation and de-humanization of people world-wide. Nordic countries being part of those structures are not an exempt to colonialism and the de-humanization of world.

Hopefully the Congolese artifacts exhibited will awake the conscious of the Nordic publics, Europeans, Africans and the world to comprehend the method the west use to deposes and subjugate Africa under the umbrella of different humanitarian or development project. Nordic countries play a major role on the aid to development for Africa, with their tentacles of missionaries implanted around Africa.

In conclusion, we, in the Congo and Africa at large, miss our ancestors’ artifacts. Africa is continuously succumbing to oblivion for a lack of references. After the gods of Christianity and Islam who have violently contested a place in our soul, we are now praising the god of monetarism. Impoverished and dispossessed, we miss our symbols and spirituality exposed shamefully in the Nordic museums. May our art, sculptures remind their capturers that they must be released; because freeing them it is freeing Africa. In a near future to come; Congo should consider claiming these objects to fulfill the dream of fallen hero Patrice Emery Lumumba who demanded earlier to Europeans the return of our legacies and cultural artifacts.

Rais Boneza was born in the democratic Republic of Congo ex-Zaire. He resides in Norway where he works as peace researcher, activist and practitioner. He has written and published poetry and non-fiction books. His articles ha been published worldwide. He lectures at the European Peace University in Vienna (Austria). He is an educator and assiduous speaker, teaching and giving lectures.

The lost peace discourse and the arts as a possible way out? - Jan Oberg The discourse about, or for, peace has mostly disappeared over the last 2-3 decades. It applies to research (and its non-governmental funding possibilities), to politics... https://tmblr.co/ZQmSWuZ5y1hKOi00