The Republic of Somaliland is situated in the northwest of Somalia bordering Ethiopia and Djibouti on the tip of the horn of Africa. The Somaliland was a prime target of General Siad Barre until the fall of his authoritarian regime and the collapse of the Somali state in the late 1980s. In 1977, Mohamed Siad Barre begins his conquest of the Ogaden region. This resulted to a disaster; Hundreds of thousands of displaced people from the Ogaden spread into Somalia. Failing to acknowledge his mistakes instead, Siad Barre’s regime scapegoated the Somali from the north clans. Meanwhile the whole situation creates a big divide between the North and the South. Northerners are now constantly being victims of looting, humiliation and even massacres, in 1981, northerners clans decide to rebel. In response, the Somali government savagely bombed Hargeisa, a city that became later the capital of Somaliland, making nearly fifty thousand dead.

The people of Somaliland using traditional methods of conflict transformation in 1991 at the northern clans’ conference in the commercial and city port of Berbera, the Somaliland self-declared its autonomous independence on the 18 May 1991. In combining both the local traditional and the inherited colonial institutional settings, the northerners succeeded in creating one of the more fair and transparent democratic process on the African continent. On 31 May 2001, 97% of the population endorses the new Constitution deepening the status of Republic of Somaliland. Ever since the breakaway, the region work ceaselessly to establish an effective control of its territory. This allows it to bring all the elements of modern statehood with the aim to international recognition.

The disarmament and demobilization of former militia fighters into a national police force and army created an environment of security. Today the country of 137,600 km² has 3.5 million inhabitants. It has its own defense forces, its currency, and issues its own passport. The last decade have seen a proliferation of private telecommunications companies. The government works with the taxes imposed on the dynamic port of Berbera and reinvesting in its University and its hospitals. The country is very much dependent on the exports of livestock to Saudi Arabia and other Arab countries; because of it very long coastline, it can develop a very lucrative fisheries industry. The Somaliland has the potential to be an alternative economic hub in the region. Its port of Berbera can open up another regional commercial channel besides the port of Djibouti, meaning more economic opportunities, less poverty, more stability and peace. The port of Berbera is a corridor that could link landlocked neighboring Ethiopia to the sea and be vital for exporting oil and gas. 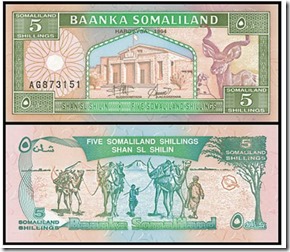 Despite its stability, the Somaliland is located in a very volatile region. Different extremist groups such the Islamist of the Al-Shabaab abound it neighbor Somalia.  In 2003, a wave of killings perpetrated by unidentified gunmen, touched foreigners. In 2008, a series of explosion attacks struck the capital, Hargeisa. The Presidential Palace, the United Nations Program for Development Office, which serves as headquarters for other UN agencies on site, and diplomatic representation in Ethiopia, were targeted. Furthermore, corruption was rampant in the country under former President Riyale. The current President Ahmed Mohamed Silanyo has set up an anticorruption commission, and efforts have been made to crack down on the misuse of public funds. In August 2011, two public officials were given prison sentences of five years each for misappropriating money. 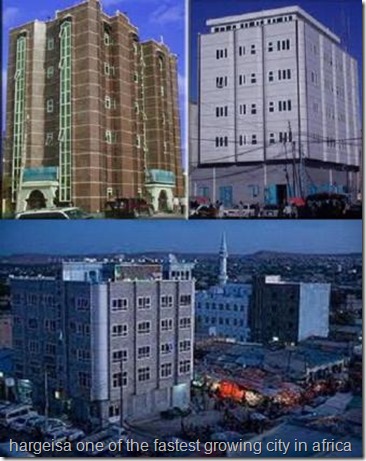 However, Somaliland has managed to stay relatively in peace and out of the influence of the violence in the region. Paradoxically, the international community is not inclined to recognize this country, described by many observers as an “island of peace and democracy.” This situation hampers on investment and its total development process. Ethiopia remains the only country to have established diplomatic relations with Somaliland. This can be interpreted only for strategic security reasons; Addis-abeba wants to prevent a reunited Somalia rising from it ashes. Somalia and Ethiopia enmity is historic; a balkanized Somalia weakens insurgency activities from Eritrea to the Puntland, which can infect Ethiopia’s own large Somali population. Thereby avoiding clan conflicts on the Ethiopian territory. Somehow, the Somaliland statehood fate lies in the hand of Ethiopia. The African Union stays reserved on the Somaliland question. Contrary to South Sudan, the Somaliland is not on the spotlight. Many territories on the African continent aspire for self-determination and independence, and therefore the AU do not want to influence or encourage this process by recognizing a breakaway territory anytime soon.

It is irresponsible to continue ignoring the peaceful and democratic efforts made by the Somaliland. There are several regional forces nostalgic of the failed “Great Somalia,” which oppose the Somaliland emancipatory process. Some analysts believe that recognition of the country could lead to more instability in the region. Yet, the people of Somaliland have proven their determination to freedom and peace.  Democracy in Somaliland is an unfolding success story. In one decade, five elections have been conducted peacefully and even according to international observers. The international community and particularly the African Union have a duty to accompany the Somalilanders in their endeavor to preserve the democratization process for a cohesive and stable Somaliland to re-affirm their nationhood.

Rais Neza Boneza, MaH, Dr.hc. is a Congolese poet, author & freelance journalist based in Trondheim, Norway. He is Board Member for the TRANSCEND Network in Africa. You can reach him at rais.boneza@gmail.com. http://www.raisnezaboneza.no

This article originally was first published by Transcend Media Service (TMS) on 19 October 2015.